A Story Unfolding in the Grace and Truth of Jesus Christ

From a storefront at Five Points to a building at Brown and Vine Streets to Fir Hill and now on into all our other campus locations, The Chapel’s legacy has been built on two cornerstones: grace and truth. These are not random Christian concepts. They are the triumphant message by the Apostle John to the growing early church.

And the Word became flesh and dwelt among us, and we have seen his glory, glory as of the only Son from the Father, full of grace and truth… For the law was given through Moses; grace and truth came through Jesus Christ. John 1:14,17 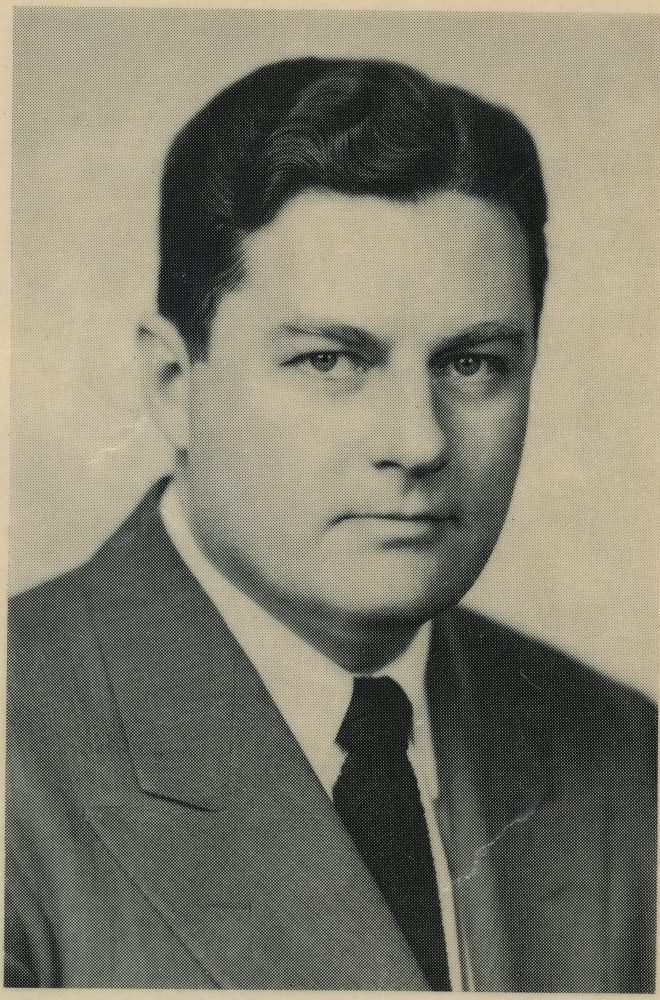 We trace our roots to The Furnace Street Mission where newlyweds Carl and Agnes Burnham served before transforming a 20- x 50- foot storeroom into a church on Akron’s near west side. 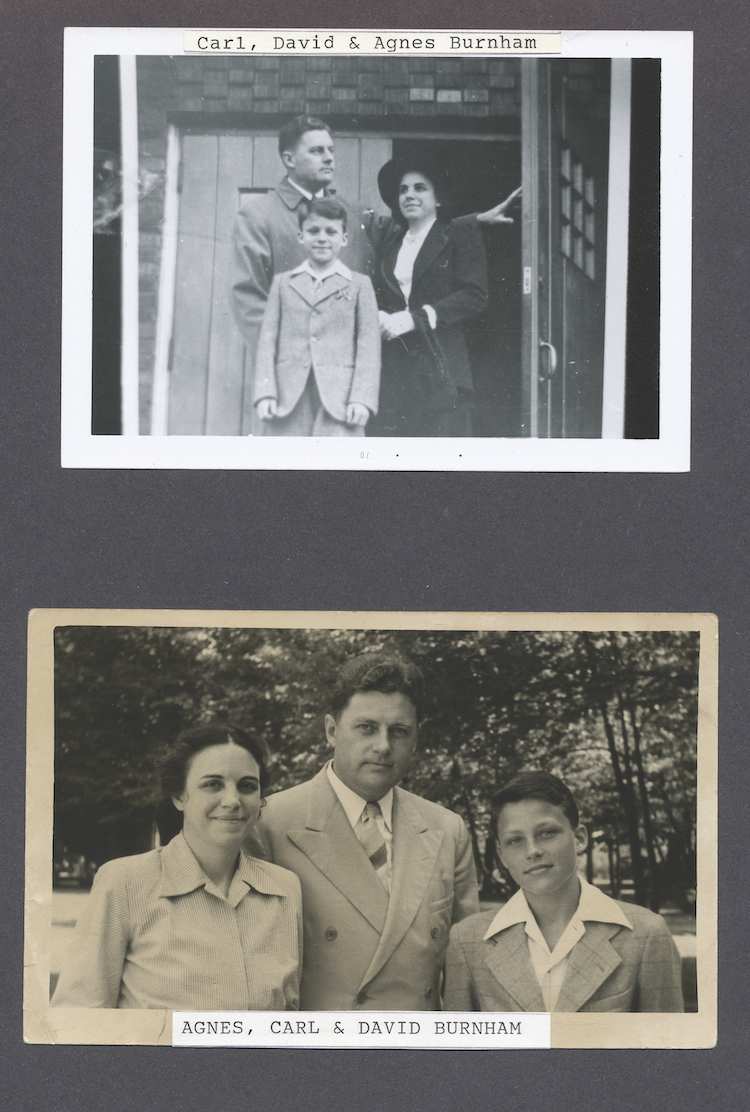 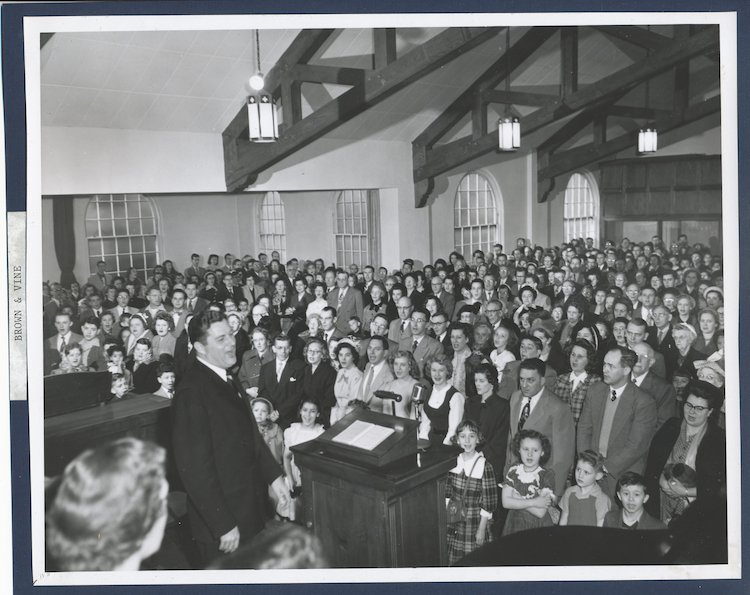 In 1936, the growing church began raising money to purchase a lot of their own at the corner of Brown and Vine. Once there, volunteers built the basement of the structure where the congregation met for years. By 1947 when the building was completed, The Chapel at Brown and Vine had 450 members. 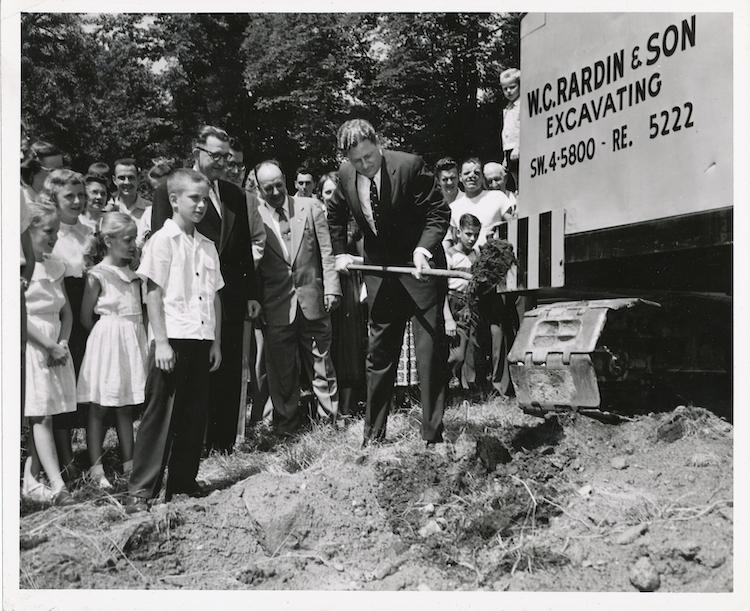 The Move to Fir Hill

When The Chapel outgrew its building at Brown and Vine, members voted to purchase a more centrally-located property nearby. The cornerstone was laid on Palm Sunday 1954. On March 27, 1955, 1,000 men, women and children walked from Brown and Vine to The Chapel’s new home on Fir Hill. They sang hymns all the way. 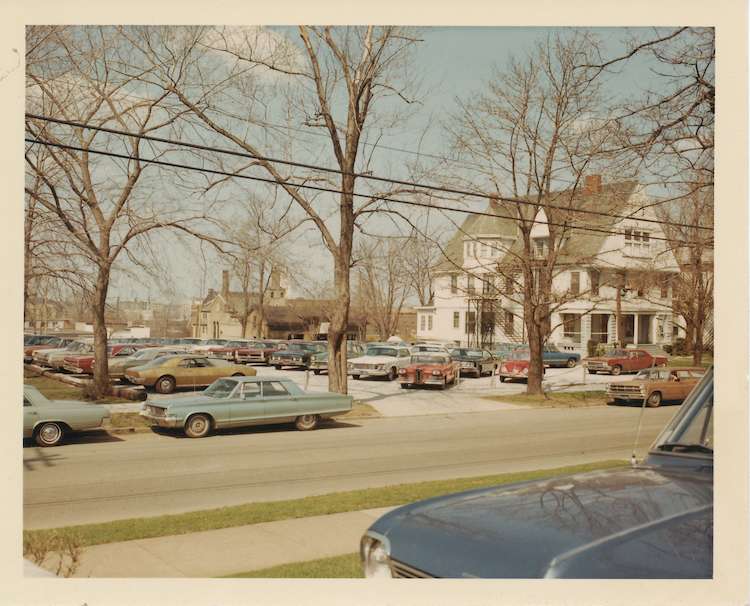 From the beginning, there was a spirit of unity and oneness. When Carl Burnham died unexpectedly in 1962 following heart surgery, the church officially called his son David Burnham as senior pastor. The congregation purchased a camp in Edinburg, OH in 1964, renaming it Camp Carl in Carl Burnham’s memory. By 1969, membership had grown to 3,200. 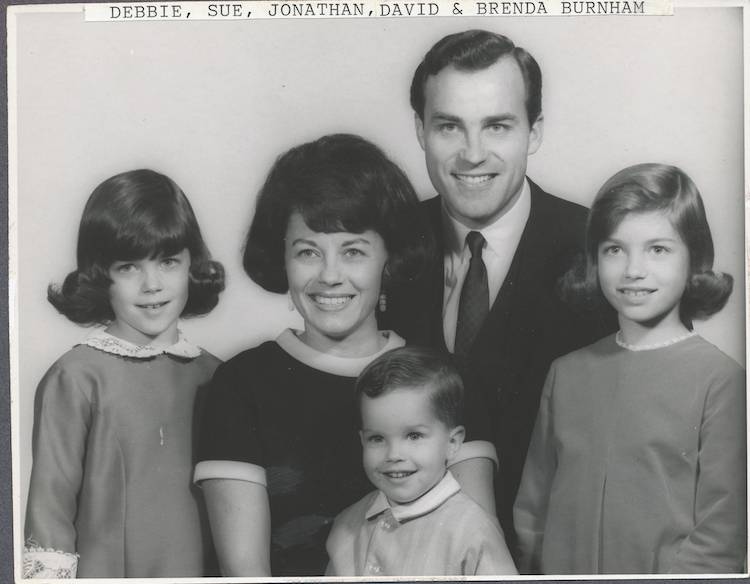 Dave and his wife, Sue, wrote neighborhood Bible study materials and trained members who hosted more than 100 Bible studies in their homes throughout the Akron area. Campus ministries at the University of Akron and Kent State, and popular Christmas and Easter concerts were added during these years. 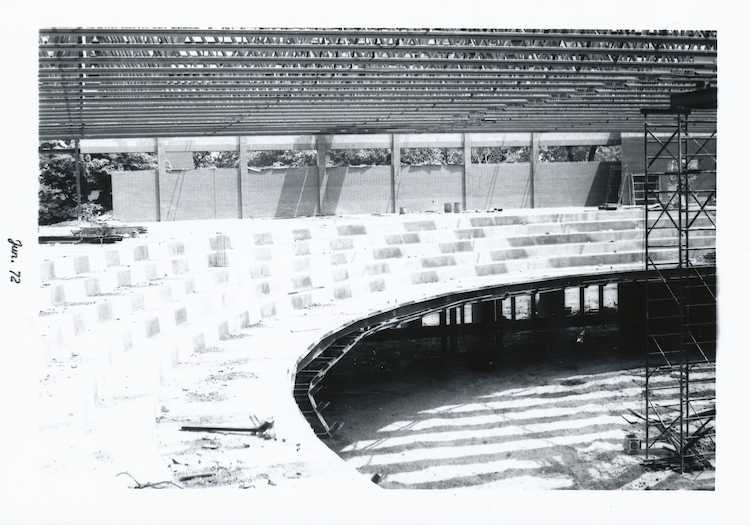 The congregation numbered 5,000. A new Worship Center was dedicated in 1973 and the original sanctuary was renamed Memorial Chapel. The Chapel at Fir Hill became The Chapel in University Park.

In 1982, Dave left Akron to pastor a church in Florida. Following an extensive search, Knute Larson and his wife, Jeanine, came here in 1983 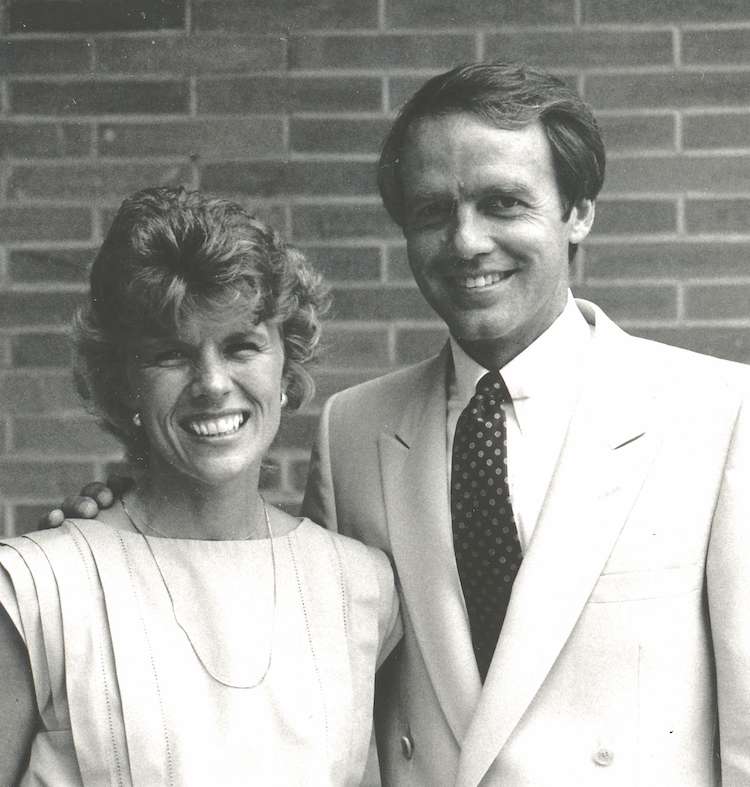 Under Knute’s leadership, Adult Bible Fellowships, ABFs, grew and the church helped ‘sister’ churches get started in Marlboro, North Canton, Kent, Hudson, Tinkers Creek, Sandusky and Medina. Knute was a familiar face around town – recognized from his :60 and :30 second television messages about faith, active on local boards and proactively partnering with Pastor Ron Fowler and the Arlington Church of God as leaders in a racial reconciliation movement. 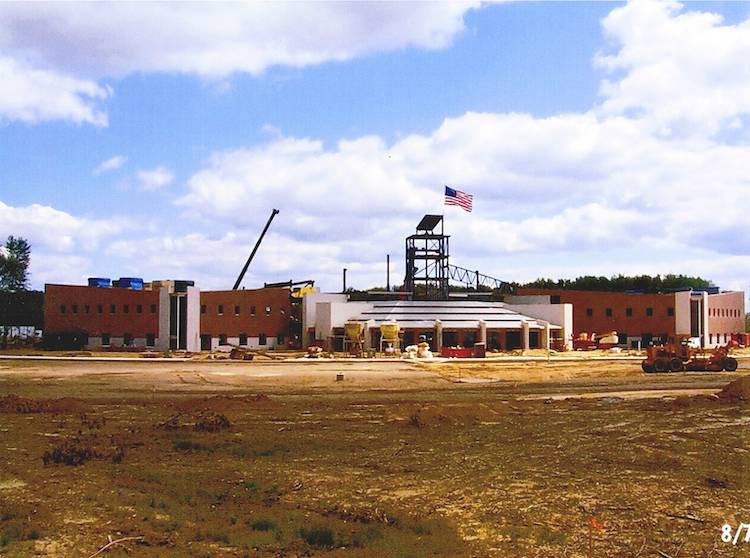 With attendance hovering at around 8,000 and multiple services maxed out, ‘20/20: The Next Chapter’ was launched. In June of 2003, the Green Campus opened its doors and The Chapel officially became ‘One Church, Two Locations. 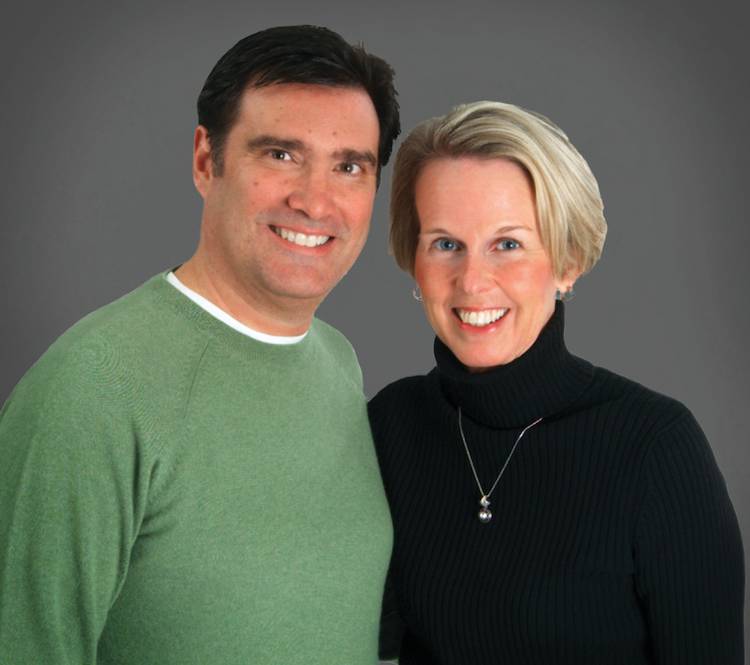 As Knute planned for retirement, a search began for the next senior pastor. Paul Sartarelli, who had planted the Riverwood Chapel in Kent, accepted the call. Paul came with his wife, Susie, in a unique transitional phase in 2006. Knute officially passed the baton to Paul in June 2009.

During Paul’s tenure, The Chapel hosted a conference to raise awareness of human trafficking, discipleship programs grew and The Chapel became one church in three locations by receiving Valleyview Chapel in Wadsworth as a third campus. In 2012, Paul announced that God was calling him away from The Chapel. The search for a new leader began. 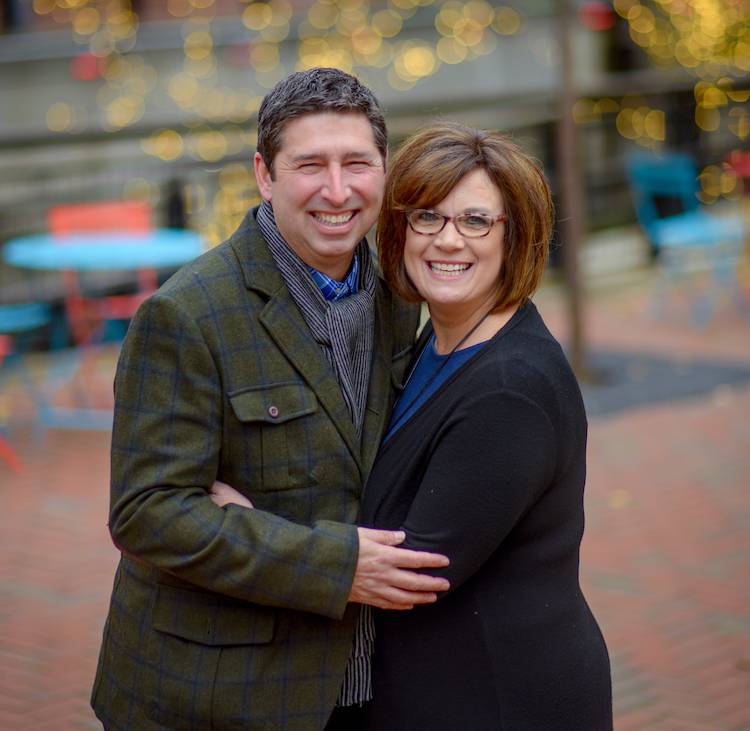 In mid-2014, Pastor Tim Armstrong and his wife, Michelle, came to The Chapel from Mansfield, where Tim planted then pastored Crossroads Community Church for 17 years. Tim brought a new vision and leadership style to The Chapel. He began by defining the church’s mission as ‘The Four B’s: Believing in Jesus, Belonging to Family, Becoming a Disciple and Building His Kingdom.’

We are committed to seeing every person: believing in Jesus, belonging to family, becoming a disciple, building his kingdom